It started out going to be a normal mid-morning Monday. By the time I gathered up the binocs and camera to head down to Grifton to do some birdwatching, I realized it might all be for naught. Most of the birds feeding in the tiny swamp there might have already finished their breakfast. However, I surely NEVER considered I would have an encounter of mating hawks as I prepped for this excursion either.

This swamp is across Tickbite Road in Grifton from an open swamp where the Red-shouldered Hawk perches often. There are various pine trees long the edges of it, oaks, Sweet Gum trees and lower growing shrubbery as well. Crayfish abound here as well small furry mammals, and other species of birds.

Arriving at the swamp, I pulled off on the side of the road where my truck could safely park. Nothing unusual about this. However, sometimes I sit on the toolbox in the truck where I park to birdwatch. The grassy area off the road is, in fact, quite ample for walking safely from traffic passing by on the two lane road as it curves past the cemetery.

In this particular instant, I got out and walked over to the edge of the swamp of cypress trees where someone’s home property abuts up to the treeline and water.  At the edge of the yard there is a mammoth oak tree with small ferns growing on top of the large branches. As of today, the oak leaves had not yet leafed out and left a female hawk very visible as she perched there.

I snapped photos of her for about fifteen minutes, and wondered why no one was answering her calls. Shortly thereafter, flying towards her was a male hawk en route to the tree. I could just faintly hear him answering her back from way back in the swamp. She would call, then he would answer several times. Consequently, he arrived at the tree as the female turned and faced in the direction he had flown from. Then, “Mating Monday” occurred. Surely, this birdwatcher had never observed ANY bird of prey mating before. Most of the time, they mate in the air after flying in circles and performing deep dives. But in a TREE, was to be my FIRST observance of a said “mating”…Yes, I’m still shaking my head. 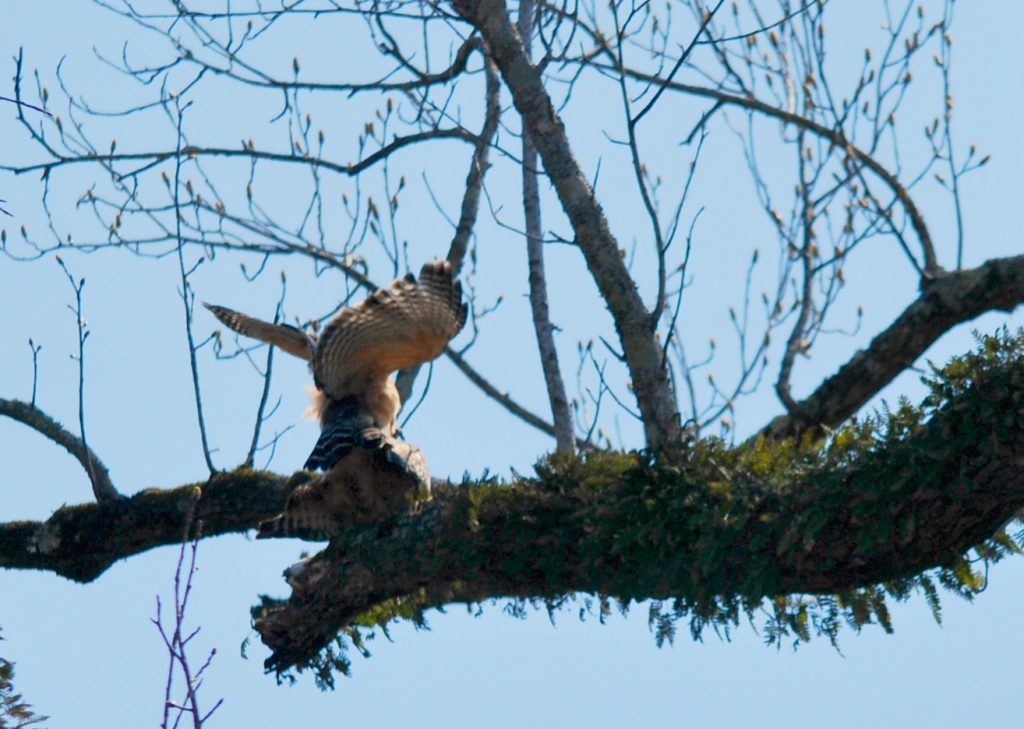 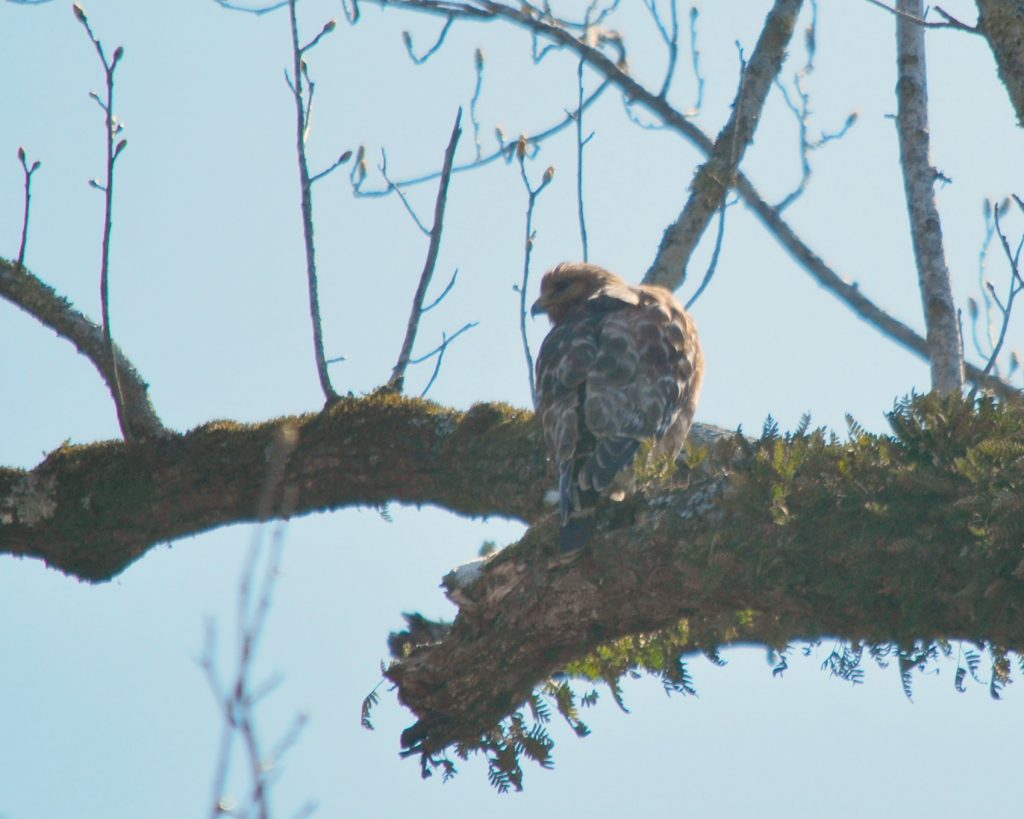 After about thirty (30) seconds, the male flew away and she remained on the tree limb….WOW…that was fast!

Other Facts about the Red-Shouldered Hawk (Buteo lineatus)

All things considered, for a Monday morning I can’t complain as far as great photos of Red-Shouldereds go. Initially, I felt sorry for the lonely hawk sitting there calling out and not being answered.  Indeed, her call WAS answered and in a way I surely didn’t expect! As usual, you never know WHAT you will discover out birding, and when you LEAST expect it!