For the many years as I’ve observed this particular “Jane Birding Hotspot,” I have NEVER observed any Great Egrets there at any time of year before.  Without any effort, my truck magically pulled a “super U-eee” at a nearby path to check this out! Great Blue Herons, Green Herons, Red-Shouldered Hawks and Red-Headed Woodpeckers were gathered in the fray there, too! Hmmm…What made today so different?

This was a lesson for me in how many feathers could indeed be fluffed out while preening.

On this particular Sunday at noon, it was partly cloudy with some intermittent blue sky appearing, and a cool 61 degrees outside with light winds. After parking off the road just across from this scene, I slowly proceeded out of the truck with binocs and camera in tow. Every exaggerated move I made was slow and deliberate…no fast movements whatsoever.

What is the Magnificient Dark Reddish-Green Carpet?

Stumbling upon this motherload of Great Egrets was like I was looking for hidden items in a “Where’s Waldo” book. The more I looked, the more I saw…not just the Egrets, but other species of birds and turtles. The open swamp was completely covered in beautiful dark red Floating Water Ferns (Azolla caroliniana) that seemingly formed a thick aquatic carpet. They are super tiny and not to be confused with Duckweed, which was mixed in with it (a tiny green plant with roots suspended into the water which floats as well). The dark red contrast of the ferns with the brilliant gleaming white of the Great Egrets was spectacular!

From the Library of Congress, you can see a video that can be viewed of President Theodore Roosevelt’s role in bird preservation in the early 1900’s. The black and white video shot in the sanctuary islands of Louisiana takes you through what was happening with the Egrets. It also includes various other species seen there. Warning: There are some graphic scenes of the kill of these birds in this video. A very informative video indeed, and by executive order of President Roosevelt, he made Pelican Island National Wildlife Refuge the first of its kind to protect these and other magnificent birds.

What Made Today Different? Why Were the Great Egrets Here?

Just near Contentnea Creek are several of these type roadside open swamps. Due to heavy rains we had recently received, there was a larger volume of water in some areas. That could have made the Great Egrets’ normal feeding area flooded and they chose this smaller, better drained, higher swamp to fish in…one possibility.

Large cypress trees, Water Tupelos, pines, Beech and various wetland shrubs grow here. Beautiful gray-green filigreed Spanish Moss hangs from some of the cypress trees. This swamp is open in the center as you can see. Due to it being highly visible to them in flight at this time, could have been another possibility.

In the beginning of summer, dragonflies, damselflies and other flying insects abound. Lots of downed trees are in the water, giving great landings for the birds, and places for different turtles and other reptiles to bask. The water level at this swamp can severely vary with drought conditions and floods and may increase or decrease the food offered here.

What Conditions May Have Caused the Egrets to Be Here? What about Your Area?

How can you find “not so frequently seen birds” and other species at a nearby location or water area you frequent? These suggestions and ideas may have contributed to them being at this location and may can to your favorite location as well.

If you do this, there’s a good chance there will be a few species you don’t normally see in your frequently visited location. These ideas and suggestions have surely worked for me!

Taking in the Scene of the Great Egrets

In addition to the brilliance of them not only on the downed trees, the contrast against the green foliage of cypress trees and other trees they were perched in was amazing. Everywhere I spanned my gaze, there the Great Egrets were…preening, fishing, perching or taking flight. As a result, even though I stood silently on the side of the road by my truck and barely moved, my gaze roamed all over the place.

The Resident Red-headed Woodpeckers Didn’t Seem to Mind the Egrets!

Again, normal nearby swamp areas were flooded. Even though there were Great Egrets, some of the “usual suspects” were hanging out, too. I was so distracted by the Great Egrets, that it took me a half hour to notice the OTHER species there….

Woodpeckers are my favorite birds and watching Red-headed Woodpeckers here is always a treat. Depending on the time of the day, the sunlight really illuminates the bright red feathers on their heads for a great visual display!

What Other Bird Species were Present?

Hearing a familiar sound, I looked over to the left front edge of the swamp, and there were two brightly colored Green Herons. I just adore the goofiness of these herons!  They never disappoint with their comedic antics!

Having never ran across the Great Egret in my immediate area before, I learned a few things:

As mentioned before, keep a regular occurring eye on your frequent birding spots. With the right conditions, you too may be in for a show and see some AMAZING species of birds not normally there! 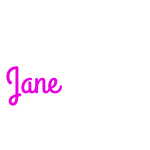